What is cache line? 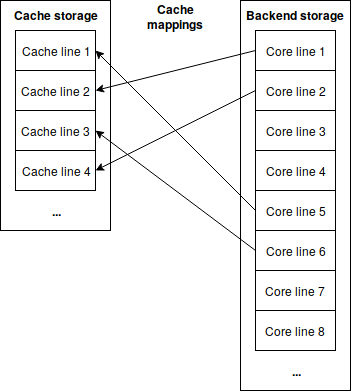 OCF maintains small portion of metadata per each cache line, which contains the following information:

The dirty bit determines if the cache line data stored in the cache is in sync with the corresponding data on the backend storage. If a cache line is dirty, then only data on the cache storage is up to date, and it will need to be flushed at some point in the future (after that it will be marked as clean by zeroing dirty bit). A cache line can become dirty only during write operation in Write-Back mode.